When it was developed in 1906, the ‘Rouge et Noir’ fountain pen was considered an outstanding technical achievement, ensuring simple operation without the need for dipping the nib into an inkwell. The Heritage Collection Rouge et Noir celebrates the 110-year-old pioneering spirit of Montblanc. Reinterpreting the legendary writing instrument, it features a longer, slimmer silhouette and craftsmanship refined over generations. Snake Clip in vintage look with matching fittings. The clip is made by a stamping and winding process in a special alloy metal, and is aged by a unique galvanic and stripping process.

When I received this Montblanc I was absolutely in love with it. I’d almost say I was expecting too much since it is one of the priciest pens I own, but I was very positively surprised after being impressed with the finishing and materials used.

A classical design, really imposing and stylish, the Rouge et Noir is a pen made for the classical fanatics and the snobs. It reminds me of the Rolls Royce, the TAG Heuer, the Cartier, the Hermes or the Franck Muller watches. Expensive, gorgeous, luxurious, impressive… A pen that is clearly not designed to be used but to be shown off. It is a talking piece, a sleeper pen meant to attract and amaze people. It carries so much prestige and class, that wearing one on your shirt really doesn’t say “check out my cool pen” but rather “Holy Cow! I have more money on me than in my bank account”. And I can’t help but admit that the effect produced on other people is amazing. They are immediately intrigued, impressed, even dazzled at the sight of such an instrument. It’s no wonder that this pen carries so much history, so much prestige and so much wealth. It won’t make you any smarter, not any prettier, and can’t really help you make more money. But what it will do, is make you feel smart, beautiful, powerful and rich. And I find that very interesting.

The origins of the Montblanc 214 go back to 1906 when August Eberstein, a salesman of gold nibs and fountain pens, established his own company in Hamburg to sell his products on the German market. The name Montblanc was registered in 1908 and had its origin in the name of the legendary and snow-covered mountain, the “Monte Bianco”.

In 1910 the company produced the first Meisterstück (“Masterpiece” in German) fountain pen and then took up the exports to foreign countries in 1911. First to Great Britain and additional to the Scandinavian territories. In 1918 then Montblanc started to export to the USA.

During the Second World War, the employees of “Montblanc GmbH” in Hamburg re-established the company after the war. This came to an end in 1986 with the “Montblanc International GmbH” in Neuhausen. Today, the Montblanc International AG operates among others for the luxury product market a.o. the Montblanc brand, the Porsche Design brand and the line of well-known consumer goods for the world-wide distribution.

Always a bit curious in the matter of fountain pen manufacturers, I was wondering how a German company could design and produce superb writing products, while the German pen market is dominated by Japanese and Swiss pens… I chose this pen to take a look at what makes Montblanc so great and to try and answer my question. Might have a shot at it…

My pen is the “red & black” version in precious resin and precious lacquer. Let’s get things started.

The Rouge et Noir comes in a gorgeous simple cardboard box that is cherrywood in color. The pen is free to move around inside the box. It is not cushioned at all. The main impression I have from this is that Montblanc is here first and foremost to show off its pen, not to protect it. But since Montblanc is not selling pens in supermarkets and gas stations, there is no need to worry about a dent in the pen. A leather red pouch accompanies the pen. The pouch is lined with velvet. The stitching of the pouch is consistent with the rest of the pen, and has a very fine hand-made stitch to it, the logo being placed discretely at the bottom. The Montblanc emblem is found on the outside of the pouch as well.

The pouch is made of leather, and despite the very fine workmanship, it is quite smooth. The pouch is big enough to fit other writing instruments as well. The flap of the pouch is secured with a tiny magnet, and it’s a good tight fit. I like the fact that it doesn’t make any sound by its own. The pouch feels a bit on the cheap side though, as compared to the rest of the pen. I am not really sure how it will age, but it doesn’t have the same feel of luxury as the pen. I would definitely prefer a leather pouch.

The Rouge et Noir comes equipped with an 18k rubine gold nib and trim. It is a Bock nib manufactured in Germany. The nib features a wavelike shaped cut that is meant to resemble the blood red pen body and a special 18k gold alloy, which allows for durability and resistance to scratching and corrosion. The pen comes with cartridge/ converter filling system. The pen comes with its original converter, installed. The pen has an ink window in the section, so you can see how much ink remains in the pen. Thanks Montblanc. The pen cap is quite heavy and is of the snap-on type, without any button. It snaps on easily and securely. The clip is made of aluminum, and is quite thin and lightweight. In fact, the whole pen is quite lightweight but it hardly feels cheaply made. The materials used for the pen are of unquestionable quality and feel.

The shape is just the right size for regular sized hands; the cap is about the size of a golfball and the weight of a marble. I love the sitting-on-the-table crown and the simple design with no Montblanc logo on it at all. On the finial of the cap you will find the indented, slightly concave Montblanc emblem. 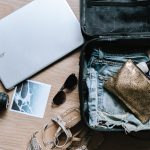