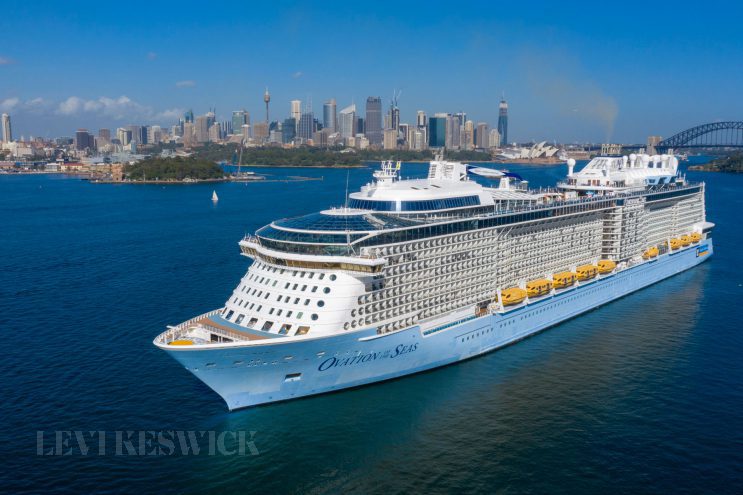 Life at sea has its protocol and peculiarities, traditions and rituals. Cruising is a microcosm of life now experienced by 1.5 million Australians a year and, personally, I’ve notched up 68 cruises on almost everything from butler-heavy boutique boats to four-masted sailing ships.

When it comes to cruise ship etiquette, some people may think it’s something from a bygone age. However etiquette on cruise ships is still very present on most cruise lines and by embracing these forms of tradition, it can help to enhance your holiday experience.

So, in order to sail in the most mannerly fashion, follow this guide as we take a look at some of the most important forms of etiquette whilst at sea.

Every ship has its own personality, just as we do. We all have our own proclivities and peculiarities.

As we move through daily life we adopt certain habits and standards that assist us in getting through our day. This also applies to the ship upon which we sail. Just as we live with our own quirks, so does the ship.

Cruise ships have their own traditions, rules of engagement and etiquette. While some passengers try to circumvent these etiquette rules, it’s for the overall enjoyment of all passengers.

Many of these rules and tenets have been developed over the decades that the cruise industry has existed.

Cruise ships have strict codes of conduct and appearance standards of their passengers, especially when dining. One of the most fundamental of these cruising traits is that at dinner, men traditionally remove their jackets.

In some countries this behaviour may be regarded as elitist, but on a ship it has become an accepted form of cruising protocol.

The significance of this code of conduct is that at dinner time, cruisers can be casual. In fact cruises often have a more relaxed form of dress than in a normal urban environment.

It comes down to the central idea of taking for granted that things are different and act accordingly.

Cruise ships have their own small community that tries to be as isolated as possible from the outside world. It’s a well-established system that you can break down into three different areas based on the routine and nature of the ship on which you sail.

First up is, like any ship, how to address the captain. Some people can’t get their head around this but, after all, the captain is essentially just the manager of the ship.

The captain would never, ever be addressed directly as Captain Bill or Captain James. This is never acceptable and would be deemed very disrespectful during formal interactions.

It’s interesting to note that one of the main factors influencing cruise ship etiquette, particularly in regard to attire, is also one of the biggest influences on what is happening in the world at large: politics.

In general, in the 21st century, there is an anti-politically correct movement. For those guests who dislike the formality of the 20th century or the old system of etiquette, they welcome this change. The new system is based on the idea that you shouldn’t give a damn what people think about you. You can get on with your life regardless of what people might think of you.

This has been accelerated by the so-called rules of society. This rule, the politeness rule, is slowly falling into disuse.

As a result of this paradigm shift, there is no right or wrong way to do things. Because of this, many cruise lines have created their own rules and standards of behaviour.

The advice given by the RYA includes how to act aboard a luxury vessel, how to act when alongside in a foreign port and much more. So, when you are on the high seas, you must always remember the etiquette of sea and you must follow its very rigid protocols.

When you are sailing on a cruise ship, the etiquette requirements are different than on a normal vessel. So you always have to remember that not everybody is on a luxury cruise.

If you go and have a glass of wine and drink it on the deck, you are actually impinging on your fellow passengers.

This is because, on board a luxury cruise ship, you don’t walk around unencumbered by the expectation of the ship.

This new divisiveness between the ship’s terms of engagement and those of an external environment can often make people feel uncomfortable. What they are not able to understand is that they are paying for an experience.

Too often guests believe they own their cruise experience and this is just not true; they are simply guests. And, as a guest, you are required to do certain things because they make it easier for everyone.

The idea of not wearing a jacket to dinner is very challenging for passengers. People go to a luxury venue on the assumption that the ship will have a rule governing its presentation to its guests. For example, you would expect the ship to have a dress code.

Many cruise lines now have their own dress codes that are displayed in the ships’ daily planner. The reason for this is to get people used to behaving in a manner that is appropriate for the venue in which they are seated.

But, it’s not only jackets that are seen as formal clothing. It’s any form of formal dressing. For example, long skirts and nice shoes. You should either dress like a steward or a waiter or dress in something more formal.

This formality is not some sort of uniform, but it’s the way that the ship supplies clothing for you to wear whilst onboard.

If you go to dinner and you are not dressed appropriately, it just shows you that you either have poor manners or you are ill-informed – either way you are not in the know, so you’re not showing your best side.

Another key issue in cruise ship etiquette is political correctness. Politically correct behaviour really is how you behave. It’s not what you are but what you do. In other words, it’s not the person but the action.

For example, using racial or religious slurs is frowned upon on board cruise ships just as they are in the outside world. However, the guidelines that dictate how you should act at sea go beyond this basic expression of respect for your fellow man, woman or child.

If you reference someone from a racial or ethnic minority, for example, you could be considered to be behaving in an improper manner. If you refer to someone as an old boy, or girl, or a cute little thing, you could be seen as being over-familiar. Joking about age or sex is very much frowned upon in all social quarters.

For example, if you refer to someone as a nice piece of , or a good piece of , , or whatever, you are likely to be reprimanded. ‘Sailor talk’ like this is quite common amongst the seafaring fraternity. But when a member of the public uses such phrases, it is a definite breach of protocol.

What also seems to be considered as inappropriate behaviour is the failure to conform to stated dress codes. On many modern cruise lines, such as Cunard and Carnival, there is a dress code next to the names of restaurants.

This dress code indicates what you should wear in order to dine in the restaurant. If you’re wearing an old pair of shorts or ratty T-shirt, you might be politely told to change and try again.

It’s just another way of keeping up the dignity of the ship, and ensuring people have the right clothing to remain truly formal and diplomatic.

Getting to know the captain

People who have difficulty with cruise ships are always put off by the word cruise.

Everybody thinks of the word cruise and people start to think they are going to be treated like they were in a prison or something like that. They believe the hotel is going to be authoritarian and dirigiste and everyone is going to be watched.

They think, ‘I’m going to live in a block. I’m going to be told what to do and when to do it’. And that is definitely not the way the cruise industry works.

These people are always disappointed when they discover that they are allowed to wear their own clothes and arrive to meals on their own, with their friends, because that is how they like it.

More than anything you want to encourage people to interact on board. So, you want them to have a really good time whilst they are on your ship.

But, you do want to retain the formality of dress, because this is something that creates an internal environment for all the staff. It makes them treat people nicely, and it makes them smile when they come to speak to you. Everybody loves smiling.

The ship is very friendly and informal whereas the cabin is tranquil, calm and friendly to the guest. It creates a human connection between passengers and staff. And it’s one of the things passengers remember and want more of – the warmth and friendliness of those they meet along the way. The list of rules and regulations that govern cruise ship etiquette is long, but important to know if you wish to be a confident yachtsman.

Remember, you are the guest; and in the eyes of the ship, you are its most important visitor. So when you come to the seaside, make sure you know the rules.

Essentially, cruise ship etiquette is a simplified set of rules designed to smooth the way for all. By teaching the basics of etiquette, it is hoped that guests will feel more at ease on the ship, and therefore, enjoy their time more. Please, do not ever forget to have some manners when onboard. Thoughtfulness goes a long way for both your fellow passengers and the crew members.

Of course, there are going to be people who find a basic level of understanding difficult to accept. But these are the people who will never understand how the cruise ship works, and will never make the experience as pleasant as possible. 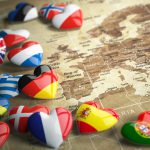 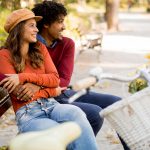