El Salvador and the United States share strong business ties which provide Salvadorans a high level of comfort in doing business with U.S. companies. Much like the rest of Latin America, in El Salvador business is conducted after a relationship has been established. Spending time forming a personal connection before jumping into business discussions is highly recommended. Spanish is the official language in El Salvador.

Both the upper and middle classes usually speak English. Salvadorans are polite and friendly. Do also be cautious about too much eye contact as this may be considered intimidating and impolite. Business cards are exchanged upon first meeting and should be printed in both Spanish and English.

Business meetings in El Salvador typically last for 2-3 hours, and should be scheduled for the morning, as most business people in El Salvador do not like to work late, and are not as punctual as their U.S. counterparts.

If you are a woman, it is recommended that you have another woman present at meetings. Women should dress conservatively and avoid wearing pants.

Dining is a large part of business in El Salvador. It is not uncommon for dinner to be scheduled after a meeting. It is common to leave large bottles of liquor for the host as this signifies generosity. This also communicates your willingness to do business with them.

Always show up at your meeting with information about the people you will be meeting. It is also a good idea to bring information about Salvadoran culture. Salvadorans do not like to hear bad news. Be sure to set aside time for extra visits to certain Salvadorans and allow yourself enough time in the day to sleep.

Business etiquette in El Salvador is very formal. Salutations are typically with a handshake. Do not be too emotional. Humility is a virtue that is highly esteemed in El Salvador.

It is best to be patient while doing business in El Salvador. Salvadorans favor a more relaxed approach to business. Cultural differences, which may be unfamiliar to us, are important to take into account.

As the informal business culture in El Salvador is so different from the U.S., if you are thinking of doing business with a Salvadoran company it is particularly important that you consider adjusting your timing so you can accommodate your Salvadoran counterparts.

As with most Latin American countries, El Salvador has a culture of power and influence that is very real and often not much discussed, but it exists and if you are not careful it can really affect your relationship with your Salvadoran counterparts.

Some things may not be as simple as they appear, an example is the Salvadoran concept of time which may be quite different than your own. Cultural differences should be taken into account before planning meetings or making telephone calls, as interruptions may be the norm rather than the exception. Even Salvadorans inside their own country seem to work at different times and in different ways.

As Salvadorans may not be in their office at all times, you should consider contacting them at times other than normal business hours. To be safe, assume anybody you are going to contact in El Salvador will not be around during business hours and will need a quick response.

If you are making an appointment, please remember some Salvadorans are not always punctual. The Salvadoran business culture is very formal. Do not be too emotional or aggressive in your business dealings.

It is common to arrange meetings on the basis of, “It is no problem, I’ll see you at that time.” In Salvadoran culture, this cannot always be taken as a definite commitment in stone, so it may be difficult to get anything done exactly as you may have planned. For example, be prepared for people to be 15, 30 or even 45 minutes late. It is not considered rude to be late in El Salvador.

Salvadorans are generally friendly, open, and happy to discuss any subject. Don’t be surprised if you find Salvadorans are more direct than their counterparts in the U.S. or other parts of Latin America. 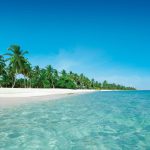 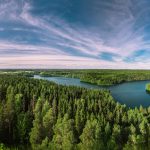