People have been wearing things on their head for as long as they’ve been wearing things everywhere else. The earliest known visual depiction of a hat was found in a tomb in Thebes, Egypt. The painting, which dated back to 3200 BC, featured a man wearing a straw hat shaped like a cone. Cone hats might not be as popular as they used to be, but there are other forms of headwear that are still considered peak fashion in the modern world. Here are some classic hat styles that everyone should own.

They weren’t conical, but the very first baseball hats were actually made from straw. It wasn’t long before they switched over to wool and leather, however. The first baseball hats were worn by the New York Knickerbockers in 1949, but this sporty style of headwear wasn’t popularized until the 1960s when the Brooklyn Excelsiors (currently known as the Dodgers) decided to give them some Brooklyn flair. Ever since then, baseball caps have enjoyed their reign as one of the most popular types of headwear. They’re perfect for keeping the sun from scorching eyeballs, and they look pretty darn good to boot.

The loveable beanie is another classic hat style that everyone should own. Beanies are an incredible example of versatile four-season headwear. They can be worn year-round, through rain and shine, and regardless of whether it’s night or day. Wondering where beanies got their name? Turns out that “bean” used to be a slang word for “head!”

Beanies can be made from a wide variety of materials, ranging from silk and cotton to rayon and spandex. However, merino wool beanies—which are made from sheared merino sheep wool—are the most common and popular.

These two unique styles of headwear both have poetic origin stories. Fedoras were inspired by a character from the French play Fédora, while their more informal counterpart was popularized by the stage adaption of George du Maurier’s novel Trilby.

These types of headwear might look ridiculously similar, but we’re here to assure you that they’re definitely different things. The main difference between fedoras and trilbies is the length of the brim. Fedoras have a wider brim and are designed to be worn at a level angle, while trilbies have a shorter brim and can be worn at a tilt.

I use affiliate links 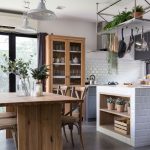