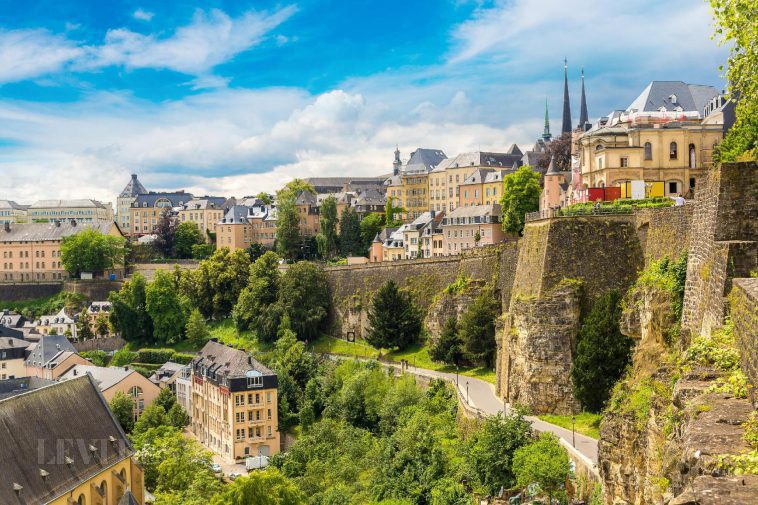 The country’s full European name is the Grand Duchy of Luxembourg. It is located in central Europe right next to its neighbouring nations of Belgium, France and Germany, with an estimated population of 86 million people within a 50km radius of the country, which is estimated to approximately mean that 1 in every 14 people on the planet live within a 50km radius of Luxembourg.

The Grand Duchy’s GDP per capita is ranked seventh worldwide, at approximately USD 47,700 with a high employment rate and healthy wages reflected in a high poverty level of less than 3%, its government has been consistent in seeking to maximize their taxation revenue with ongoing programs to increase the nation’s regulated taxes on alcohol and tobacco. Luxembourg’s tourist industry reportedly increases by approximately 10% every year and the country’s corporate tax amount was reported at approximately 15% in 2010.

Additionally, Luxembourg didn’t become one of the world’s leading financial centres until after the Second World War when it became a major headquartering for foreign companies.

The country’s financial system has one of the highest regulatory standards in the world and the country has been key in aiding international companies to maintain their headquarters in the country, specifically with its tax system.

It should to be noted that Luxembourg is one of the EU’s smallest nations with one of the most efficient and productive economies in Europe.

Contents show
Business Protocol
General Etiquette
Business Card Etiquette
Personal qualities
What are the business issues in Luxembourg?
Good places to stay in Luxembourg
Getting around

The Grand Duchy of Luxembourg’s close relations with its neighbours and its historical industry focused on cementing banking and finance within the country have generated various traditions and customs that should be observed when conducting business in the country.

The Grand Duchy of Luxembourg was once considered a poor nation but following its strong ties with its neighbours has steadily transformed the country in a position that we see it in today. Despite being a small nation, Luxembourg has been key in providing a stable and productive employment base, one that has made a significant impact on its strategic location.

As previously mentioned, business is predominantly conducted in both French and German across the country and deals are mainly focused towards various European markets and German and French entrepreneurs.

However, English is also widely used in day-to-day business and the population speaks very good English.

With the close cooperation in economy, it is of vital importance that you are aware of your behaviour and manners in this country. It is very important that you are aware of your behaviour especially in terms of body language. Avoid direct eye contact with strangers; that can be considered as very impolite and it is better to keep eye contact more in the mid-range with people you interact with on a regular basis. However, direct eye contact is much more of a taboo when talking to someone you are having a more serious discussion with. Shoulder shake and handshakes when meeting people is very common in the country and men will frequently offer each other a handshake.

Workplaces are very relaxed, non-formal and require rather informal behaviour. However, In a business meeting, a suit is recommended but there is no obligation to wear one and it is polite enough to ask about the dress code of the meeting in advance. dresses modestly.

Women should certainly dress professionally for business meetings but there is no compulsion about what to wear. A company will not hire a woman for her appearance, but if she dresses provocatively, she can certainly eliminate herself from the running for the interview. The business attire is normally a suit rather than a blazer and a skirt emphasising a feminine look.

Professionalism is still very important and it is recommended to check the dress code of the meeting in advance either by calling ahead, sending an email or asking someone in the department about it.

It is quite common in the country to shake hands as mentioned before and you will be greeted whenever you enter a room or attend a meeting.

People at work are focused and the country’s very efficient infrastructure is reflected by what you see on the streets.

When meeting someone introduce yourself with a handshake and wait to be seated and when you invite someone to your office, it is polite to welcome the guest when they enter and be sure to sit down yourself.

Due to its close ties with neighbouring countries and the evolution of social media, business cards in Luxembourg have been more and more emphasised in recent years.

If you are given a business card, be sure to take it with two hands and read the name of the person who handed it to you.

Always put the card in your inside jacket pocket and never in your back pocket.

Business attire and dress codes are very important particularly when dealing with foreign investors so make sure you read up on them and adapt accordingly.

Meetings are strictly about business, so avoid social or extracurricular questions and remember that building a relationship with your counterpart is key in getting them on your side.

Also, remember to make a note of your appointment in advance and make sure to bring a pad and paper.

When the issue has been resolved and you are making your departure, it is customary in Luxembourg to shake hands, do not forget to stand up when you shake his hand and to shake the hand of everybody in the room, no matter what their position is.

It is also fundamental to thank the person for their time when you leave, especially if it has been a productive meeting.

A key element of business in Luxembourg is the ability to speak clearly and express yourself and it is important to know how to prepare such a report or presentation. A key tip to remember is to not read word-for-word off of the presentation, what you don’t want is to have it written in your memory and reproduce it. You want to show genuine understanding of the subject and have the confidence to talk clearly and entertainingly.

Luxembourg is a highly educated country, and the language is clearly seen written on the street sign and the people are rational and intelligent. Additionally, the country has a sense of stability that comes from its ties with its neighbours and it has been noted as a place of safety and calm in the midst of turbulent times. A foreigner will be surprised by how peaceful and rational the country can be, and it is very likely that you will be welcomed by everyone you meet, so you should feel at home and as comfortable in the country as you would at home.

The sense of a good work-life balance is very prominent in Luxembourg and the annual average number of hours worked is 1,399.8 hours. That is significantly less than its neighbours, at about 40% less than Germany and about 30% less than Belgium and France.

Regarding the working culture here, it is all about the job in hand and people are very efficient and productive. There is not much of a distinction between education and professional background in terms of social standing or employment opportunities in the country and this translates into a very meritocratic work culture.

On the other hand, social security is a priority for people in the country and this translates into a lack of efficiency although it is one trade-off for a good quality of life.

Like the Social security, the country has also a reputation for good hospitality, a very open-minded attitude towards foreigners and, in general, a great place to live and work.

Additionally, the country has been ranked number one country in the world for business friendliness and has also been known for its high standard of living.

The well-to-do employment base in the country has made Luxembourg a top place to have a business that accounts for 28% of its GDP.

High standards of professionalism and efficient business practices have resulted in Luxembourg being rated number one in the world for investor protection.

The Grand Duchy has constantly received praise for its transparency of Corporate information as well as its powerful trade infrastructure that contributes to its continuous economic growth.

What are the business issues in Luxembourg?

One of the reasons that the country is such a success story is because of its partnerships with European countries, and in particular, France, Belgium and Germany. These relationships have been maintained for centuries and management in Luxemburg has proven to be efficient, reliable and predictable.

There isn’t much of a need to focus on the country’s economic issues because it is such a wealthy nation that it’s more of an opportunity than a problem.

That being said, it has been proven that the economy of the country is heavily reliant on the success of its neighbours and is affected by the stability of the European market.

The country’s economy is mainly focused on banking, insurance, trade and construction which have also been proven to be sectors that have seen considerable growth in employment.

The Grand Duchy’s trade is mainly concentrated in the EU. The growth of EU trade is heavily dependent on the Grand Duchy, and as a result there is a strong demand for Luxembourgers.

Good places to stay in Luxembourg

The capital of Luxembourg is particularly beautiful and a joy to walk around. For starters, the city has a 51-hectare forest that offers many opportunities for a leisurely walk.

The old town is full of street cafes, fancy shops and restaurants that are open and serve a variety of traditional dishes.

The centre of the old town is lined with a number of fountains that can be particularly beautiful at night.

The city also has many pedestrian-only streets, bike-parking stations and historic sites, so if you come to visit it is important to be aware of those areas.

Additionally, just north of the city is the Grand Ducal Palace, the gothic cathedral Notre Dame Cathedral and the massive Castle of the Counts in Bright Tower Street.

There are many different transport options in Luxembourg in the form of bus, train, car or bike, and all of them are very easy to learn. The bus stops are 20 minutes apart and trains run regularly every half an hour so there is plenty of opportunity to get around the country. There is a lot of public transport in the country and it’s always easy to get around town, whether you’re using public or private transport.

The government in Luxembourg is very invested in the public transport system and this means that it is affordable and reliable. Additionally, the network connects to all the main towns and cities, so it is extremely easy to get around.

Another great way of getting around the country is renting a bike. They are readily available, and there are a lot of cycling lanes on the streets. Most of the cycle paths are paved in an attempt to reduce the wear and tear on the roads. 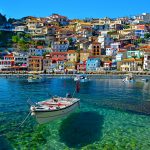 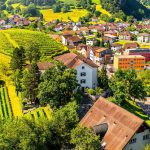 Contents show
Business Protocol
General Etiquette
Business Card Etiquette
Personal qualities
What are the business issues in Luxembourg?
Good places to stay in Luxembourg
Getting around